Msgr. Samir Nassar has been the Maronite Archbishop of Damas, Syria since 2006. In an interview for the shrine magazine “Chemin d’éternité“, he speaks of the preoccupying situation presently prevailing in Syria but also of his hope.

What is the current situation in Syria?

The situation of Syria is also relevant to all the Middle East. In our country, war has now been going on for twelve years. Pope Francis calls it the “the fragmented third world war”. At first, it was attributed to a movement of opposition to the Government, but it soon became an international conflict. Under various denominations, 85 countries are combatting in Syria : the USA, Russia, Iran, etc. France as well, since it was a member of the coalition fighting ISIL.

Our country has been devastated: over twelve millions refugees left for Turkey, Lebanon, Jordan, Irak and Europe. Almost half of Syria has been wiped out, one out of two Syrian is on the streets. It is an agonizing country, and up to now, the terrain has not been entirely pacified. Some violent plans are still in progress and no solution has of yet been found.

Syria endures the severest global sanctions: we are not allowed to import medicines, nor manufactured goods, or anything whatsoever. Worst of all, decrees have been voted such as the US Caesar Law, amongst others, which not only forbids to sell to Syria but penalizes anyone who would like to help it. This results in a severe distress that increases on a daily basis.

In practice, how can peace be brought back in Syria?

To live in peace, justice needs to prevail and global sanctions be lifted. In our country, the sick are dying for lack of medicines, and of medical and paramedical technologies, etc., because we may not import them. People die because we cannot import essential goods such as gas, wheat, infant mil. peace is correlated to justice at local level and at global level. It is not right to let people die!

Of course, Pope Francis calls ever so often for peace, and to help Syria. Our country is not forgotten by the Church either, or by its associates in France, or in Germany, and especially by the Œuvre d’Orient (a French charitable organization in support to the Church in the Middle East) to name but a few. And among them, let us mention the shrine of Our Lady of Montligeon which endeavors to support the life of the Church at local level and priests’ livelihood. Thanks to Montligeon shrine, they can celebrate Mass in union with the Fraternity.

This charitable work was established in our country in 1902-03. recently Rev. Fr. Paul Denizot (the Rector) came on a visit here. He talked of the relationships existing between the living and the deceased, and we established an altar devoted to our Lady of Montligeon in the cathedral. These kind of individual endeavors represent significant support to us, and in a way they help us a great deal. However the reality is not so easy since Syrian bank system is frozen since 2011. Thus it is impossible to receive bank transferts. 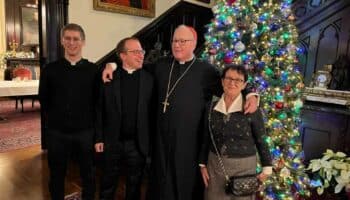 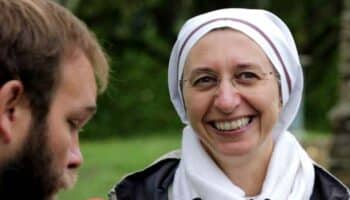 Does being a Christian facilitate the stages of mourning?

Dr. Elisabeth Kübler-Ross identified 5 stages experienced by the kin: denial, anger, bargaining, depression and acceptance. Sister Cecilia would rather speak of the various “states” in mourning, because the course – or rather the courses – involved in mourning are not undeviating. Moreover, emotions can play hide and seek and often waiver from one to another as well as be overwhelming. 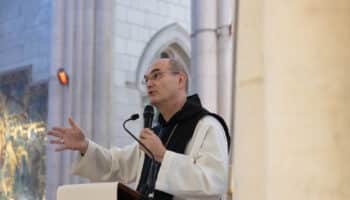