Accueil > Blog > Articles > Origin of the celebration of All Souls Day

Origin of the celebration of All Souls Day

Every year, the day after All Saints Day, on 2nd November, the Roman Catholic Church calls to pray for the deceased. This feast in commemoration of the faithful departed, is usually called the “Day of the dead”. How did it come about? Its instigation relates to Saint Odilon, abbot of the Cluny Abbey in the tenth century.

Saint Odilon was born in the French region of Auvergne circa 961 and barely aged 30 years old, became the abbot of Cluny Abbey, succeeding Mayeul. Saint Odilon remained in his charge until his death in 1048 ; his whole life bore witness to Saint Paul’s assertion: “If I do not have love, I am nothing.” (1Co 13, 2-13).

His accessibility and readiness to respond to the suffering in distress turned his monastery into an open house. His charity towards the needy was boundless. Indeed, the abbey of Cluny provided food for countless underprivileged people. Odilon used to demand from abbots and priors to specifically “receive the poor as Christ’s children.”

During a starvation period which hit the country for three years, he sold the consecrated vases of the monastery and went himself about begging for food in order to save as many lives as could be.

Saint Odilon responsive to the plea of the souls in purgatory

As St. Benedict’s disciple, Saint Odilon practices the art of listening. Thus he heard Christ’s calling him to not only bring merciful relief in material predicaments, but especially be creative and assist those in need of spiritual help.Thus, still offering relief to people in need, he responded to the cry of the suffering souls in purgatory.

The first commemoration of the faithful departed

Subsequently to receiving confirmation from an hermit of the urgent need to relief the poor souls, St. Odilon established, probably on 2nd November 998, the solemn anniversary date to commemorate the dead. As underlined by Council Vatican II:

“Therefore the union of the wayfarers with the brethren who have gone to sleep in the peace of Christ is not in the least weakened or interrupted, but on the contrary, according to the perpetual faith of the Church, is strengthened by communication of spiritual goods.”

The first of the spiritual goods is the offering of the sacrifice of Mass, which unleashes on humankind the grace of Redemption wrought on the cross. The memory of the deceased recalled in the Eucharistic sacrifice has always been part of it. For example, St. Odilon together with his own brothers and sisters sought to pray for their departed relatives so that they would rest in peace. Thus they founded the monastery of Sainte-Croix-de-la-Voûte. Mass celebrated there was for the soul of Béraud, their father, and that of Ithier, their grand-father, together with that of their four brothers who had met with accidental death.

In view of the 2nd November, Saint Odilon had a decree published with several specifications:

“The Mass for the deceased will be celebrated, like for the solemnities, with bells ringing. All the brothers will celebrate it by themselves or in public, for the resting of all the faithful departed and subsequently a meal will be offered to twelve indigents… »

In the years 1050, this solemn anniversary date became acknowledged and assumed by the whole of Latin Christianity.

Article written by Sr. Marie-Aimée, founder of the Communauté de la Nouvelle Alliance, and published in the shrine magazine N°264, of Sept-Oct. 2014.

Saint Odilon’s statue is one of the statues that adorn the roof of the Basilica of Our Lady of Montligeon.

A way to pray for a deceased: the fraternity of Montligeon 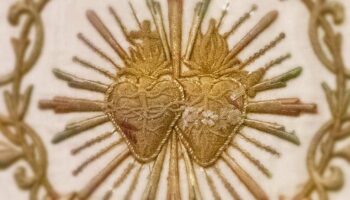 Touching hearts, even beyond death

Lecture about Purgatory, by Msgr. Celestino Migliore, Apostolic Nuncio to France, on the feast of the Ascension of Our Lord, on May 26, 2022. 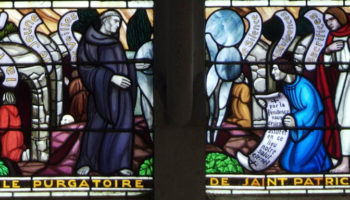 Do we have to go to purgatory prior to entering Heaven?

Do we have to go to purgatory prior to entering Heaven?  A frightful perspective as we imagine purgatory to be a place of tremendous suffering. Yet it is a kind of “patching up” after death. What is it about? Behind such a question often hides […] 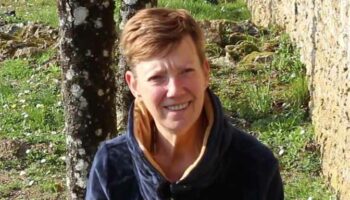 Guilt and unborn children. Martine bears witness to her path from guilt to liberation