Accueil > Blog > Articles > What hope after the suicide of a loved one?

What hope after the suicide of a loved one?

Suicide is a serious gesture, yet the Church invites us not to despair of the salvation of those who have taken their own lives and to pray for them. Can they enter salvation?  Does the Church condemn suicide?The rector of Montligeon, Fr. Paul Denizot, offers insight of this critical topic; at the mike of Guillaume Desanges for RCF (French Catholic Radio).

France is one of the European countries the most impacted by suicide, especially among young people and the elderly. We are quite aware of this here the shrine of Montligeon where we host retreats for the bereaved. More and more people who attend have lost a loved one to suicide.

Does the Church condemn suicide?

It is essential to differentiate the person from the act. The act of suicide is objectively serious because life is first and foremost a gift that I receive. I am not its owner but its steward. Suicide is a form of pride, of taking power over my life.

Suicide is above all a sin against God. Furthermore it is a sin against oneself. An act of lack of self-love, which sometimes goes as far as self-hatred. It is also a sin against others, kin, relatives, friends, society, even if one may have not reflected upon the consequences of such an act. One could leave numerous letters of explanations, nevertheless the fact is that committing suicide generates much suffering and grief for the people left behind: pain, disgust, guilt, despair, all so difficult to overcome. We are witnesses of all of that here in Montligeon.

Suicide is in opposition with human beings’ vital impulse. If I kill myself, I go against this deep inclination of life, inscribed in my heart.

Why are there so many suicides among the young and the elderly?

In France, young people suicide is the second leading cause of death among the 15-25 age group. Various reasons can explain this significant rate, such as the loss of meaning. If I can’t envisage a future, if I can’t project myself forward, what is the purpose of my life? Deceit in love can lead some people to suicide when they have a somewhat romantic vision of love, or when they idealize the loved one to the point of making him or her the focus of their life. When they break up, the whole of their life falls to pieces. Frustration is another trigger: if I am opposed and defied, I may kill myself to punish myself and others.

There is also a high suicide rate among the elderly. This questions the recognition we and our society give to our elders, what do we do for aging people, their role as much as their frailty? In other cultures, the elderly are considered as men and women of wisdom and repositories of human experience. They are an integral part of social order. As in individualistic societies, the trend is to push them aside, neglect their experience considered as negligible and leave them isolated. The ensuing feeling of uselessness can lead some people to seek and end their lives.

When we see the difficulties that some people accumulate, isn’t it tempting to end it all?

The gravity of suicide must be considered in the light of with what a person may be undergoing: psychological disorder, serious depression, over-indebtedness, love setbacks, troubles with the law, etc. Thus diminishing the person’s responsibility. Most people do not commit suicide out of envy or defiance, but because they can’t take it anymore. Once more, it is an open question to all of us about our capacity to take fragility into account, and accompany the aging.

In a culture described by Pope Francis as a “culture of waste”, the trivialization of suicide is tantamount to telling people that they are useless, that they have no future, and that, on the contrary, they have the right to pass on. However, suicide is a failure, an abyssal despair!

Is the person who dies by suicide saved?

Here in Montligeon, we are frequently asked: “What becomes of the person?” Yes indeed, suicide is a serious sin, but the Church reminds us with much potency that we must never despair of the salvation of the person who has taken his or her own life (Catechism of the Catholic Church n°2283). In a mysterious way God offers a means of salvation to each human being.

A woman had gone to the Curé of Ars. She was worried about her husband who had committed suicide and wanted to know if he was in hell. The holy Curé answered her: “Between the bridge and the water, there is the mercy of God.”

Let us entrust those who have taken their own lives to the mercy of God and let us trust in it. Let us pray for them, for only God can assess hearts, and knows everyone, intimately. He judges and knows.

Praying for the dead 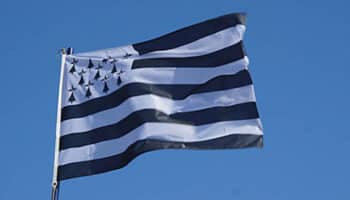 The prayer of Montligeon in Breton 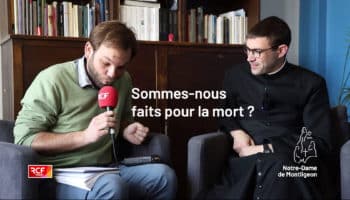 Have we been created for death?

Have we been created for death? On one hand, death revolts us. On the other, if we look at nature, it is obviously part of our world. Is death inevitable and absurd? Or should we consider it differently? Letting my husband or my child go […] 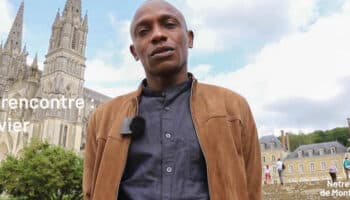 What can one do after the demise of a beloved? Encounter Oliver.